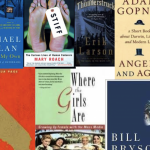 And reading for pleasure. This piece first appeared, in different form, in 2014 on TheSocietyPages.org‘s Editors’ Desk. One of these days, I’ll publish some updated recommendations!

See, many authors ask me for examples of how to incorporate a lot of information into something that’s thorough, academically sound, and engaging. It’s a tough balance, to be sure, but over the years, I’ve collected a number of books (and this is by no means a list of all of them) I can hand off as representations of that ideal. They likely have nothing to do with your area of study, but watching the authors’ deft hands at work (and knowing there are surely unsung editor elves in there, too) can be a truly enjoyable homework assignment. Think of it as “authorial excellence by osmosis.” Absorb and emulate these ten fine examples. END_OF_DOCUMENT_TOKEN_TO_BE_REPLACED

“What, precisely, does one use to slay jargon?” Dave asked.

“Okay, I utilize the methodology inculcated by years of carefully calibrated pedagogical approaches…”

My write-up on Ray Harrington’s award-winning documentary, “Be a Man,” from long-time client Stand Up! Records:

American universities are increasingly offering courses in masculinity—the ways it’s culturally and socially constructed, the ways its boundaries are policed, and the ways its constraints and contradictions put basically everyone on edge. But studying masculinity is different from trying, at an individual level, to define and achieve manhood. What does it mean to be a man? Who is that man? Ray Harrington has charmingly, brilliantly, and with utter vulnerability chronicled his journey to find out.

As he seeks his signature manly cocktail, discovers his dream car isn’t a half-million dollar phallic symbol, and maniacally gets into a boxing ring with a professional fighter, Harrington gathers his collaborators for a film that’s part love letter, part personal journey, part support group, and part road trip movie. Like any movie worth the popcorn, there are fast cars and fashion montages, dreamy landscapes and a lewd joke or two. Mostly, though, there’s an earnest rumination on modern manhood and how we all get by with a little help from our friends.

Featuring fellow stand-up comedians Kyle Kinane, Tom Wilson, April Macie, Doug Stanhope, Steve Rannazzisi, Robert Kelly, and Kurt Metzger, “Be a Man” boasts Grammy-winning Dan Schlissel as co-executive producer alongside Ray Harrington, who, despite a little razor burn and wrinkled linen, is, without a doubt, both a man and a “ten.”

To jumpstart any writing project, I can find no better prompt than the Teaching TSP exercise posted by Evan Stewart on TheSocietyPages.org today. In it, Stewart, the co-graduate-editor of TSP, explains the process behind writing a “There’s Research on That!” post for the site, framing it as a classroom exercise.

I wish all my academic clients would approach writing their journal articles this way.

As a sort of “enriched outline,” writing a TROT! post for TSP means:

This is to say, writing a TROT! post gets you about 50% of the way toward a solid paper, forcing you to briefly and intriguingly state your case, support it with the best possible research, and sum up, all in a page or less. Build on that scaffolding, and you’re nearly assured success. Just don’t forget to clean up that bibliography! 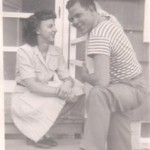 Recently, I was honored to spend time with my paternal grandmother as she died and with my father’s sister and brother as they provided care. Relatively speaking, she passed away quickly, after a short kidney illness, and peacefully, having had an incredibly sound health care directive in place. I was surprised to be tasked with giving Jeri Christianson’s eulogy: it was overwhelming to absorb the enormity of standing in for my father, of crystallizing a life, of leading my family through a life course transition in a way that would recognize the process of grief and change is both individual and social. Here’s what I wrote: END_OF_DOCUMENT_TOKEN_TO_BE_REPLACED 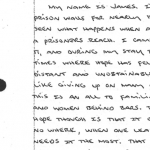 In the fall 2009 issue of Contexts, Tasha Galardi, an Oregon State University student, wrote about her experience as one of the “Outside” students participating in the Inside-Out prison exchange course in Crime, Justice, and Social Policy. The course brought together students from OSU and students who are currently incarcerated for a 10-week, college-level sociology course. Galardi wrote that one of her reasons for taking the course was to challenge her own preconceived notions of prisoners. Learning sociological theories in dialogue and collaboration with the “Inside” students she got to know over the semester transformed Galardi’s ideas about crime (and criminals). END_OF_DOCUMENT_TOKEN_TO_BE_REPLACED 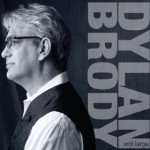 This piece was written for Laughs Last author and Stand Up! Records humorist Dylan Brody for inclusion as back-cover copy and on various retailer websites, press releases, and whatnot. I adore whatnot.

There may not be boxes strong enough for the weight of memory, but some books can do the trick. Laughs Last is a rumination on family, legacy, talent, and the fluidity of time, a poignant dream of adulthood coming in fits and starts to our protagonist Damon Blazer. END_OF_DOCUMENT_TOKEN_TO_BE_REPLACED

What I have learned well, though, is what all of those nice little Latin abbreviations that pepper our readings actually mean: END_OF_DOCUMENT_TOKEN_TO_BE_REPLACED

A primer on getting the most out of the editing process, this short article assumes that you’re working on a journal submission, but is generally applicable to an op-ed you might be pitching, sample chapters for a book proposal, etc. I am also assuming you’ve already found an editor, but I’ll talk about that a little bit. As always, I take questions and additional recommendations—I’m positive I’ve overlooked, oh, about a hundred things. A hundred seems about right. END_OF_DOCUMENT_TOKEN_TO_BE_REPLACED 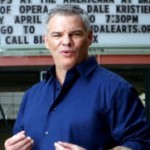 Mike DeStefano, a light of compassion in a dark world, passed away on March 6, 2011. And just like he predicted in an interview on Marc Maron’s WTF Podcast last December, it wasn’t drugs, disease, or his own hand. He had a heart attack and, just like that, we lost a friend. END_OF_DOCUMENT_TOKEN_TO_BE_REPLACED

I'm a disarmingly earnest editor, translator of academia, nonfiction revisionary, and domesticated roustabout. My specialty is in helping authors identify and hone their argument in ways their target audiences can both understand and use. In this way, I’m a translator, consultant, writing coach, and editor all in one. Available for private coaching and custom group workshops about why--and how--to write for broad, even non-academic audiences. More

*Note: I am not currently accepting new clients.